Jack Welsh, former chairman and CEO of GE (GE), died on March 2, 2020 at the age of 84. Will Xu has been in charge of General Electric for 20 years, and has been hailed as "the most respected CEO", "the world's number one CEO", and "the most successful and greatest entrepreneur in contemporary America." Under his leadership, GE's market value increased from $ 13 billion to $ 410 billion, making it one of the world's highest-valued companies.

In the "Editor's View", Willsch mentioned that his management has two important mentalities: first, managers must care about people; second, reward the best employees, and the worst performers should not stay long. "All supervisors report to me, and I will always ask: Do you reward those who perform well? Do the worst performers let them go?"

His love is as good as life, but he is notorious for cutting down people: In the first five years when Willsh took over as strange CEO, he reduced the company's labor by about 1/4, reducing a total of nearly 120,000 jobs, which is equivalent to closing 6 TSMC, in 1982, the "Newsweek" of the United States (Newsweek) therefore gave Will Xu a nickname "Neutron Jack" (Editor: neutron bomb is a weapon that only kills human lives without harming the building, metaphorical power Erhu can make employees disappear without having to demolish office buildings).

Welch's extreme personality of "cherishing talents" but "six relatives but not acknowledging" has a very talented side. A similar example in Chinese history is Cao Cao.

Welsh regards talent discovery as the most important job. He once said: "All my work is to choose the right people." Therefore, when he was in office, he and his two senior personnel managers visited the departments every day, carefully. Evaluate 20 to 50 of the best employees in each department so that they are not buried.

The same is true of Cao Cao. He once issued "Three Orders for Talents". As long as he is a talent, he will never blame Cao Cao even if he has offended him in the past. During the battle between Cao Cao and Yuan Shao, Yuan Shao had a secretary named Chen Lin, who wrote an obituary and scolded Cao Cao's ancestors for three generations. Later, Yuan Shao was defeated and Chen Lin fell into Cao Cao's hands. , Continue to use this person as secretary.

Do not make head-to-head equality
Don't save money when rewarding, six relatives will not recognize when punished

The two leaders have "different rewards" and do not pursue the style of "uniform equality". Cao Cao rewards those who give merit without hesitation, but even those who are very good with Cao Cao still do n’t want to get his pennies. versus"). Moreover, it is never to be favoritism because of human feelings, as long as there are offenders must be severely punished according to law. Even if this person had an old friendship with Cao Cao, but the death penalty was required for the violation of the law, Cao Cao only expressed tears in tears in the face, and eventually he was executed in accordance with the law. Pardoned "). This has something in common with Will's philosophy that he only talks about performance, and "I'm never sad about getting rid of the business that is about to leave." 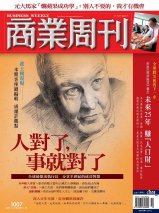 Jack Welsh has been at the helm of Strange for 20 years, and has achieved a strange big because of "finding the right person." The company's market value has grown from $ 3 billion to nearly $ 500 billion. Shang Zhou went deep into Boston and interviewed the world's most outstanding CEO. Starting from cultivating talents, building a team, and encouraging change , please benefit from half a century of success and wisdom.

Will Xu: "I spend 60% of my time on talents. This is the key to winning!" Ask senior executives to learn from young people about the Internet because he knows better than you. If employees fail, they also hold celebrations for the sake of Encourage change. He said, "Because my subordinates are good, they make me better."

Bill Gates: "His business success is applicable from the freshman in society to the CEO of the company."